US sanctions 11 Chinese companies over human rights abuses in Xinjiang

Ukraine is bargaining with the EU for Mukhtar Ablyazov

Inside the decaying mansions abandoned in UK’s most expens…

After Nazarbaev: A Review Of Kazakh President…

Kazakhstan’s president says democracy is on its…

US sanctions 11 Chinese companies over human rights a…

Ukraine is bargaining with the EU for Mukhtar Ably…

Is the U.K. Finally Getting Serious About Cracking…

Tribunal Grants WWM US$50M for Claims Against Kazakhstan Under…

The transition to Putin’s constitutionally scheduled replacement as president of Russia may be rougher than currently expected.

In a sign of growing social and political turmoil in Central Asia, Kazakhstan’s 78-year-old president, Nursultan Nazarbayev, who has been head of state of the country since its formation out of the dissolution of the Soviet Union in 1991, announced his immediate resignation on Tuesday, March 19.

Geopolitical Implications of the Political Transition in Kazakhstan

On March 19, 2019, Kazakh President Nursultan Nazarbayev announced he would be stepping down after nearly three decades in power.

On His Watch: The Dark Events Of Nazarbaev's Long Reign

In succession clue, Kazakh leader's daughter elevated after his resignation

ASTANA (Reuters) - Kazakhstan took a step closer to a carefully choreographed dynastic succession on Wednesday as the daughter of its long-serving ruler was named to a post that put her in line for the presidency a day after her father stepped down.

Dozens of people have been detained while attempting to demonstrate in Kazakhstan’s capital as the ruling party held its congress in the wake of a major government reshuffle triggered by the country’s weak economic performance. 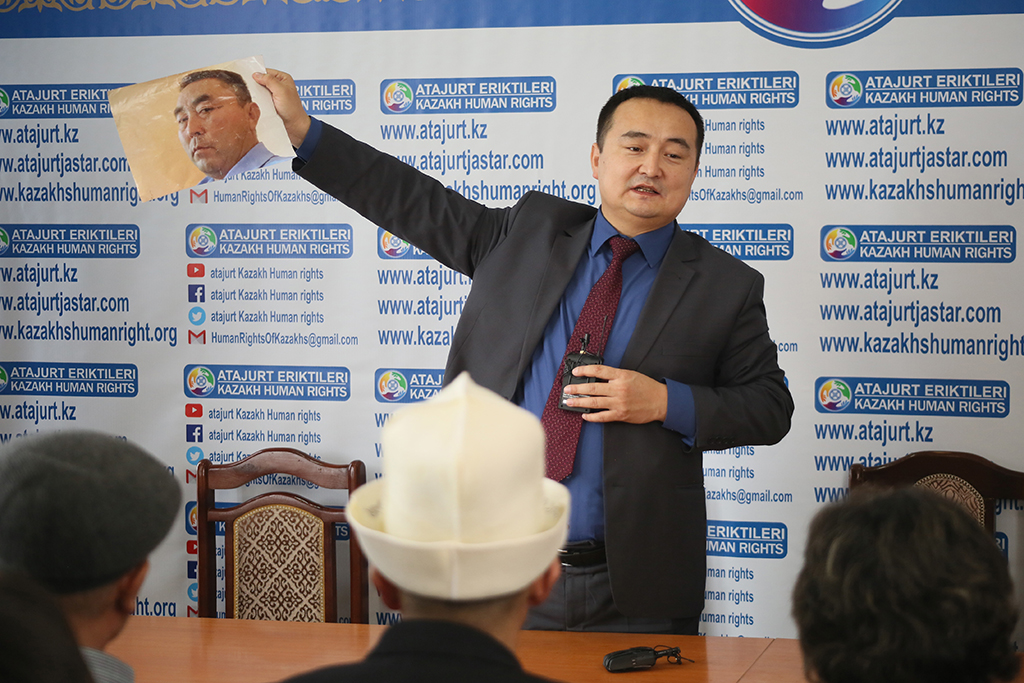 Security services in Kazakhstan had their steely gaze locked onto Xinjiang-focused activist Serikzhan Bilash long before his  over the weekend.
When a Eurasianet correspondent met Bilash for the first time last July, prosecutors in his home city, Almaty, had just handed him a formal caution to refrain from participating in a rally summoned by a foreign-based opposition figure.

‘Show Me That My Father Is Alive.’ China Faces Torrent of Online Pleas.

Murat Harri Uyghur, a doctor in Finland, is helping to compile testimonies from other Uighurs in exile about loved ones who may be in Chinese internment camps.

Trump’s New Central Asia Strategy aims to be Realist, But…